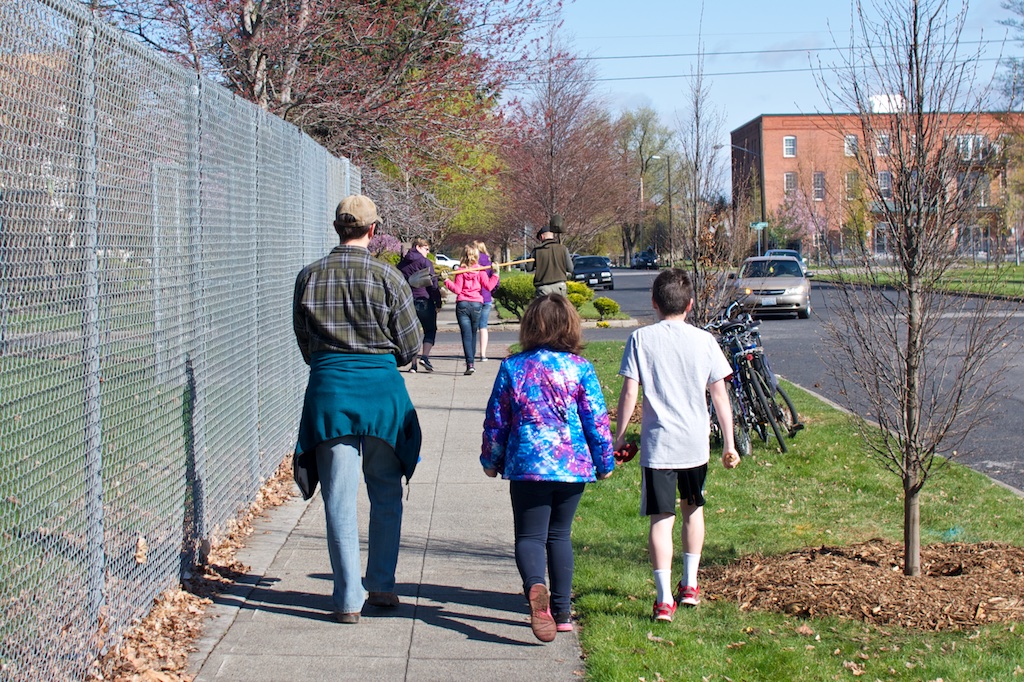 One took place on the traffic median near 3114 N Maple, where trees had already been installed as part of the 2014 Greening Grant plantings. The year volunteers planted yucca and horizontal juniper bushes as ground cover, leaving enough room for the sidewalk to be laid later this year.

The other planting took place on the eastern side of Garfield Elementary. Spokane Urban Forestry had actually installed the trees a few days prior, so volunteers carried out some light dirt and sod removal followed by mulching.

Residents interested in the free trees that the City of Spokane is giving away over the weekend of April 17 and 18 as part of the Residential Tree Program were able to claim up to two vouchers at either of these events.

If you missed the plantings, there’s still another chance to claim your vouchers at the Emerson-Garfield Neighborhood Council meeting on Wednesday, April 8 at the Corbin Senior Center (827 W Cleveland). It starts at 6pm.