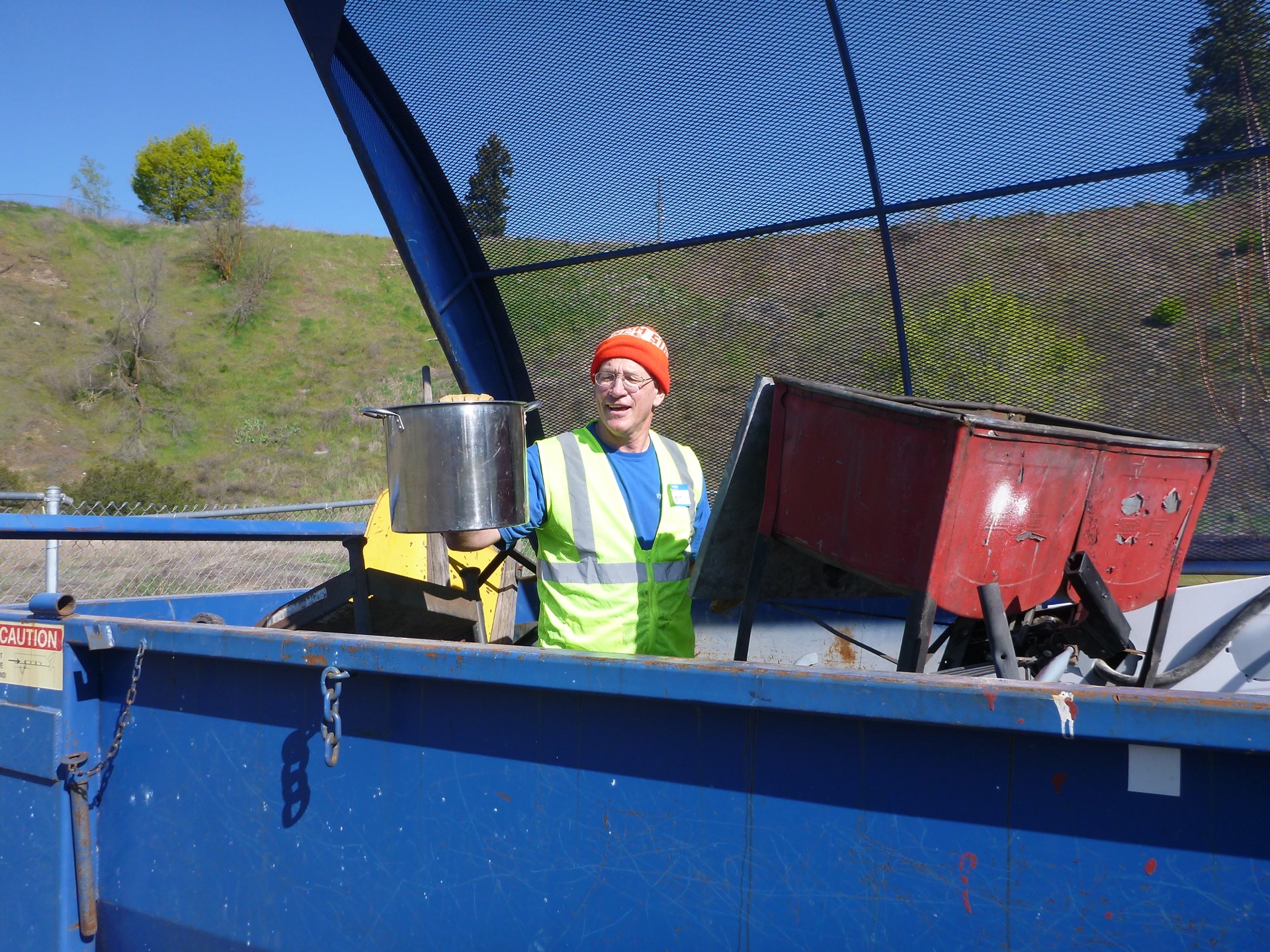 It was another banner year for the Spring Cleanup event, which was held on April 18.

In under four hours, 21.20 tons of trash were collected and hauled away. That saved Emerson-Garfield residents $3,957.30 in dump fees and helped to clean up many yards, garages, alleys and attics in the neighborhood. A total of 3,920 pounds of metal were collected for recycling.

Those figures weren’t quite as high as last year, but there were other numbers that far exceeded any previous Spring Cleanup — namely, the number of volunteers. There was a rough head count of about 60 at one point. To put that in context, the first Spring Cleanup event in 2010 saw approximately eight volunteers.

During the course of the event, the volunteers helped direct traffic, unload vehicles, serve snacks, hand out neighborhood information, and make trash runs for those who weren’t able to come to the site themselves.

Below are some photos of the event and the volunteers who spent their Saturday morning helping out the neighborhood in a big way. Many thanks to Lani Boldt for the photos.

A huge and special thanks goes out to Faith Bible Church. They partnered in a big way this year, bringing a crew of volunteers plus snacks for drivers to make their wait in line more pleasant. Yep, that’s right — at this year’s Spring Cleanup, you not only got to dump your refuse for free, you also got fed! FBC was also generous enough to hold a pizza party for volunteers after the event was over.

As in years past, the Salvation Army and a Geiger work crew were also on hand to help e-cycle still-functional electronics and help with the unloading process.

If you missed this event but still have refuse to offload, don’t panic. Starting in June, ten dump passes worth $20 each will be made available to Emerson-Garfield residents on select dates of the Emerson-Garfield Farmers’ Market. Those dates are June 5, July 10, August 7, September 4 and October 14. You can claim the passes at the central market booth on a first-come, first-served basis.

One thought on “Photos from Spring Cleanup 2015”