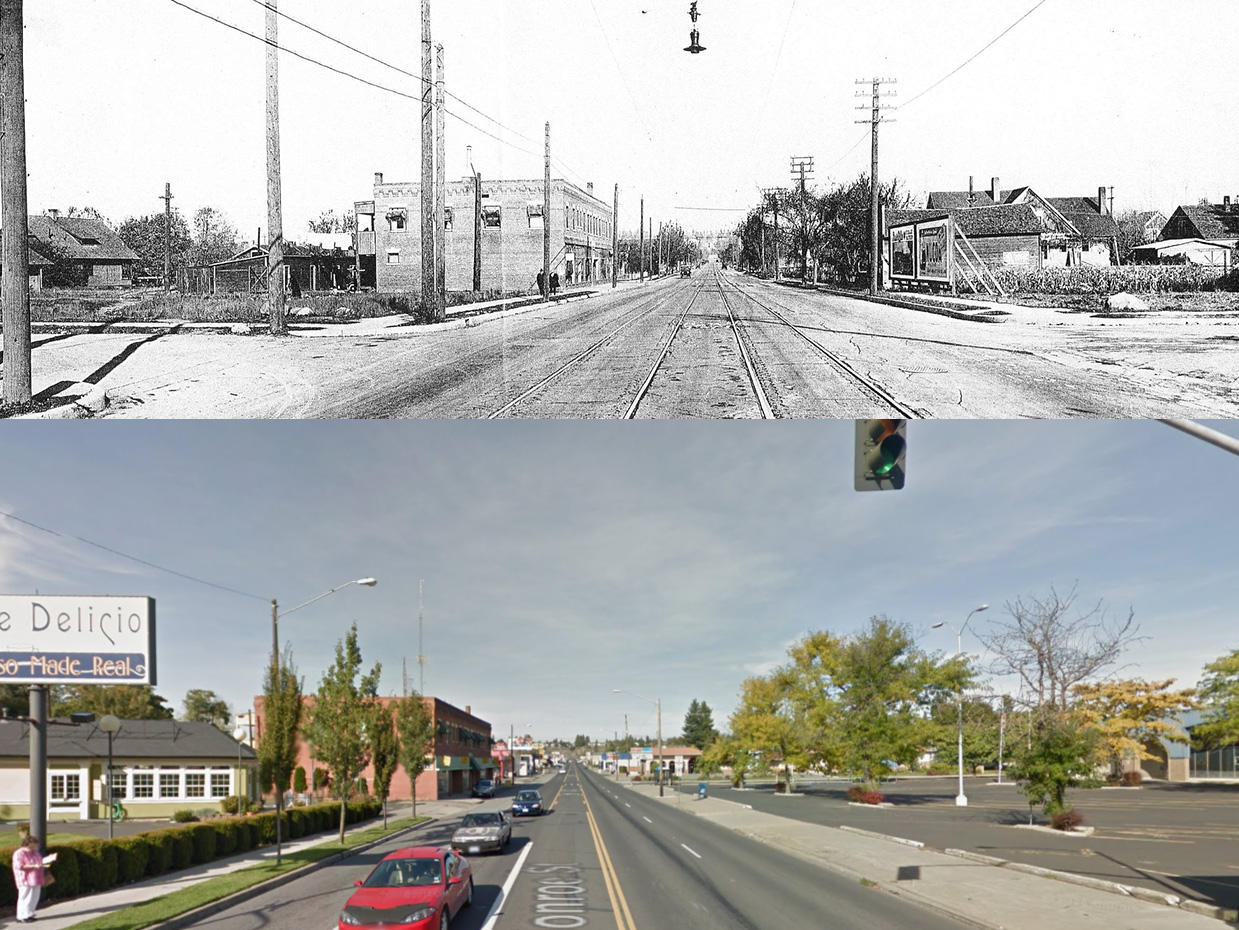 The Hoban Building, that is — which is the official name of the building at the intersection of N Monroe and W Carlisle where Spokane Public Radio was based for 35 years, and where the retro/antique store Vintage Rabbit continues to operate.

SPR spent the past two months removing traces of having been there, which was quite a lot of work. Between arriving in late 1979 and departing last month, the organization had had more than enough time to put down extensive roots.

SPR has written a bittersweet “goodbye” blog post featuring several photos from the move as well as the then/now photo featured above. In another post, you can take a virtual tour through their new digs further south on N Monroe at the former Fire Station No. 3.

Though we’re sad to see them leave Emerson-Garfield, the new facility looks fantastic and will be a great new HQ for Spokane Public Radio.