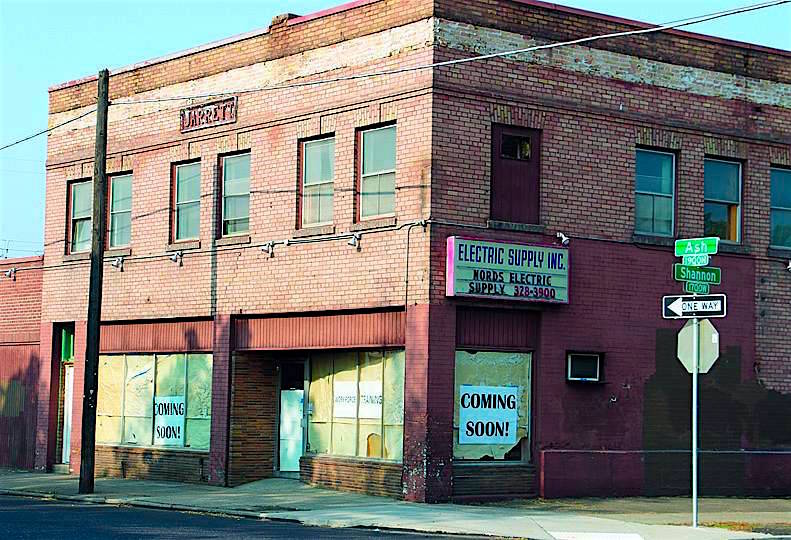 This is a recap of the Emerson-Garfield Neighborhood Council meeting that took place on Wednesday, September 9.

In response to concerns about an increase in crime, Officer Tracy Ponto of the Spokane Police Department addressed neighborhood crime statistics over the last month. The reports include West Central as well parts of North Hill, so there is no distinction from Emerson-Garfield, but they do indicate some downward trends. Sexual assault is down this month. Commercial robbery is down, and robbery of a person is slightly down as well. Domestic violence has seen a year-on-year decrease. Total property crimes have shown a decrease of 16% from last month, and 9.56% from this time last year.

As for incidents of concern, there was a drive-by shooting on W Euclid, which was suspected to have targeted the wrong house. There was also a report of an elderly couple’s home being booby-trapped by an intruder who had settled in their garage.

To report squatters in vacant or abandoned houses, the Office of Code Enforcement is reachable at (509) 625-6083. For post-crime calls, call CrimeCheck at (509) 456-2233. When witnessing a crime in progress, please call 911. Officer Ponto stressed that reporting crimes will influence the future patrolling of an area.

Judith Gilmore from the Fulcrum Institute reported on recent progress at the Ash Street Workforce Training Station, to which the Emerson-Garfield Neighborhood Council has allocated Community Development Block Grant (CDBG) funds. All three of the one-bedroom affordable apartments have now been completed and rented. The retail area is finished and tenants are being recruited to fill all three training bays. The store, called The Station, will have a beverage bar and a retail counter. There are 80 adults (parents to some 59 children) from our neighborhood who are being serviced by the station.

Michael Cathcart, representing the Alliance to Protect Local Jobs, spoke on the subject of Proposition 1 on the upcoming November general election ballot. This is the fourth ballot measure in our area proposed by the same group, and none of the other three measures was successful. In response to some of the provisions of the proposed ballot measure, Cathcart said that employers who have as few as 150 full-time employees (or 300 half-time employees) would be required to pay a vague minimum wage (approximately $18.30/hour), which is higher than in any other city. If the city did not enforce the minimum wage, then the minimum wage would rise to $23/hour. The measure would also prohibit wage increases based on experience or seniority, which may reduce retention. Furthermore, there is also no definition of the effort, skill, or responsibility used in its language, which could lead to frivolous lawsuits.

The action item on the agenda was the reallocation of the $17,865 in 2015 CDBG funds that had previously been allocated towards a bus shelter on North Monroe. It was proposed that the council direct $10,000 towards Fulcrum and $7,865 toward the West Central Community Center, two of the EGNC’s top priorities as determined by vote during the August 2015 meeting. This would give the council an additional $17,865 to allocate for the 2016. The motion was passed unanimously with no abstentions.

The two traffic-calming requests that were submitted by the neighborhood council in February were addressed. The City responses were included among the meeting agenda.

The future of the North Monroe Street revitalization was broached and discussed. There were questions over the delay in construction until 2018.

Laura Schlangen reported that the September 19 auction at the Corbin Senior Activity Center is sold out. The Poker Walk around Corbin Park will begin on October 1.

The replacement of the current pedestrian Post Street Bridge was reported on by Carlie Hoffman, who is Emerson-Garfield’s representative on the Pedestrian Traffic and Transportation (PeTT) Committee.

Jonathan Martinez reported on the past several meetings regarding landlord and tenant issues. The role of City of Spokane Code Enforcement was also discussed; our neighborhood’s representative is Officer Chappie. Additional attendance on the rental property committee is encouraged.