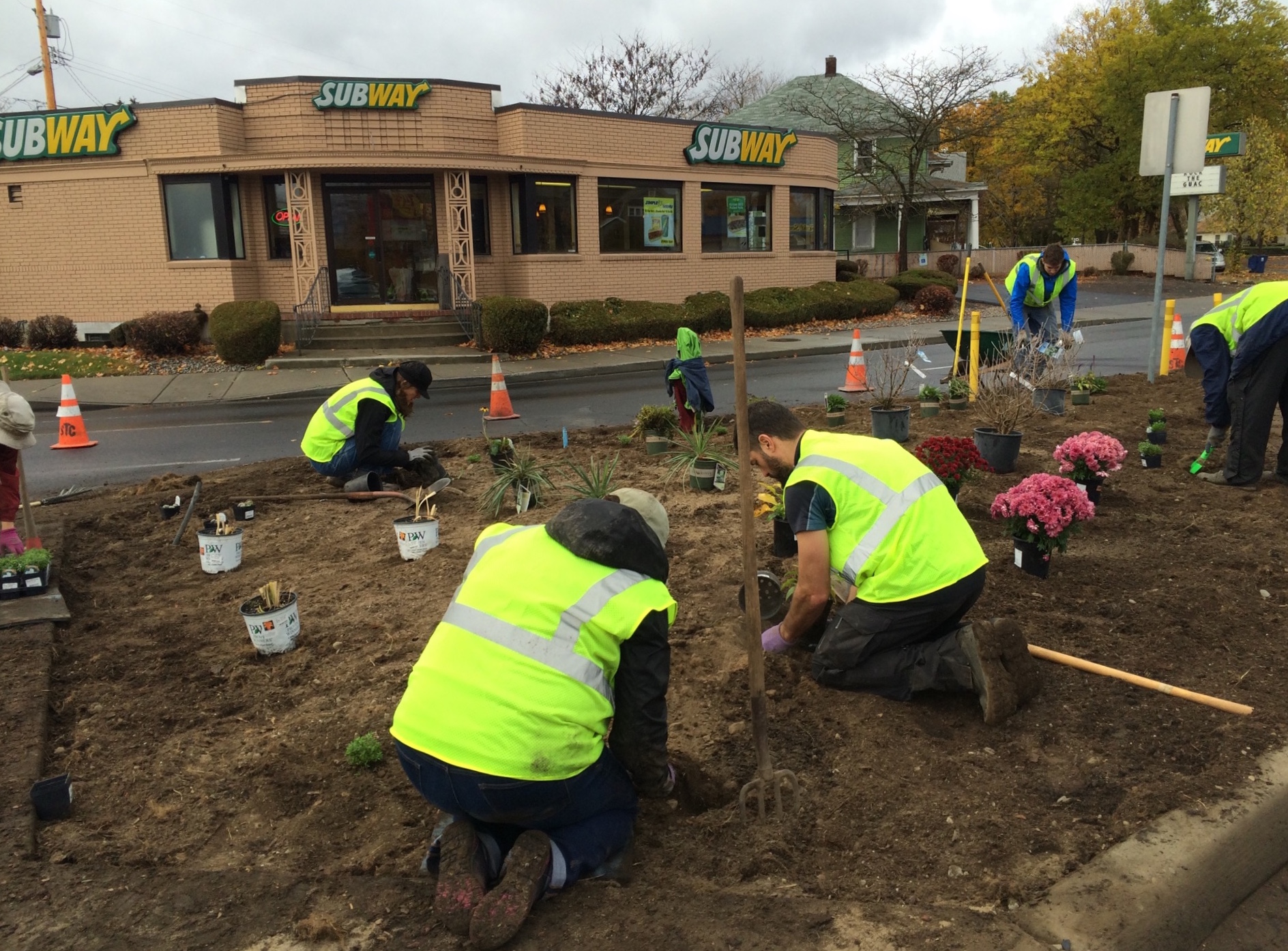 The Emerson-Garfield Neighborhood Council held a community planting on the morning of October 31 as part of our neighborhood’s successful round of Greening Grants. Its purpose was to remove the thatch and dead brush from the traffic triangles on Northwest Boulevard and to install new native, hardy plants like lilacs and echinacea.

Despite gray skies, about fifteen volunteers from Emerson-Garfield and beyond came out and spent their Halloween morning pulling up thick layers of dried grass, raking the debris, loading the trucks, tilling the soil, and finally (the fun bit) putting the new plants in the ground. The volunteers’ ages ranged from their twenties to their seventies.

Amy Dutton, a neighborhood resident and owner of Garden UP Landscaping, donated her time and skills to oversee the planting. She carefully selected the plants so that they’ll bloom in stages throughout the year. It should look really lovely come spring.

The slight letdown is that the number of volunteers (out of a neighborhood of more than 9,000 people) meant that there wasn’t enough time or manpower to tackle the planting of the second triangle to the south as originally planned. We’re trying to determine if a second volunteer planting event can be arranged this late in the year, or if additional funds will have to be used to hire a contractor.

The neighborhood council would like to offer a huge show of thanks to Alicia Powell at the City’s Office of Neighborhood Services. Under the Greening Grants program, she coordinated the planting, made arrangements for traffic safety, and also set up the installation of an irrigation system with the help of the City Water Dept.

Many thanks to Jonathan Martinez as well for bringing snacks and snapping the above photos during the event!