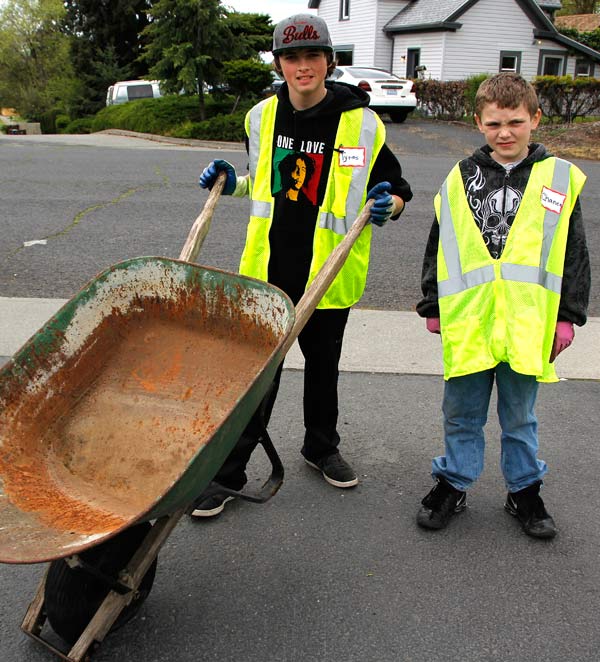 In pure numbers alone, this year’s Spring Cleanup was the most successful yet.

The neighborhood used $6,443.19 of its $6,500 budget and hauled 34.77 tons of trash. That means 11 dumpsters were filled. It also amounts to ten more tons than last year — the highest the neighborhood has logged in the time it’s been running the Spring Cleanup.

There were some unfortunate delays due to a broken dumpster hinge and a truck returning with an “empty” dumpster that was still full. But while drivers were patiently waiting in line the neighborhood council was able to add about 60 more subscribers to its newsletter and spread the word about Neighborhood Planning effort and the Emerson-Garfield Farmers’ Market.

Below are some photos of the event, including a few of the many volunteers who spent their Saturday offloading, directing, talking, recording, driving and hauling. A special thanks to the crew from North Central High School as well as the residents who pitched in after dumping their refuse.

The proposed date for 2015 is Saturday, April 18, so be sure to check back or attend an Emerson-Garfield Neighborhood Council meeting to stay informed. Next year there will also probably be a combined pancake breakfast at Faith Bible Church, which provides the location for the cleanup.

Many thanks to Karl Boldt, the neighborhood “Garbage Czar,” who was once again responsible for organizing this event with such skill and efficiency.