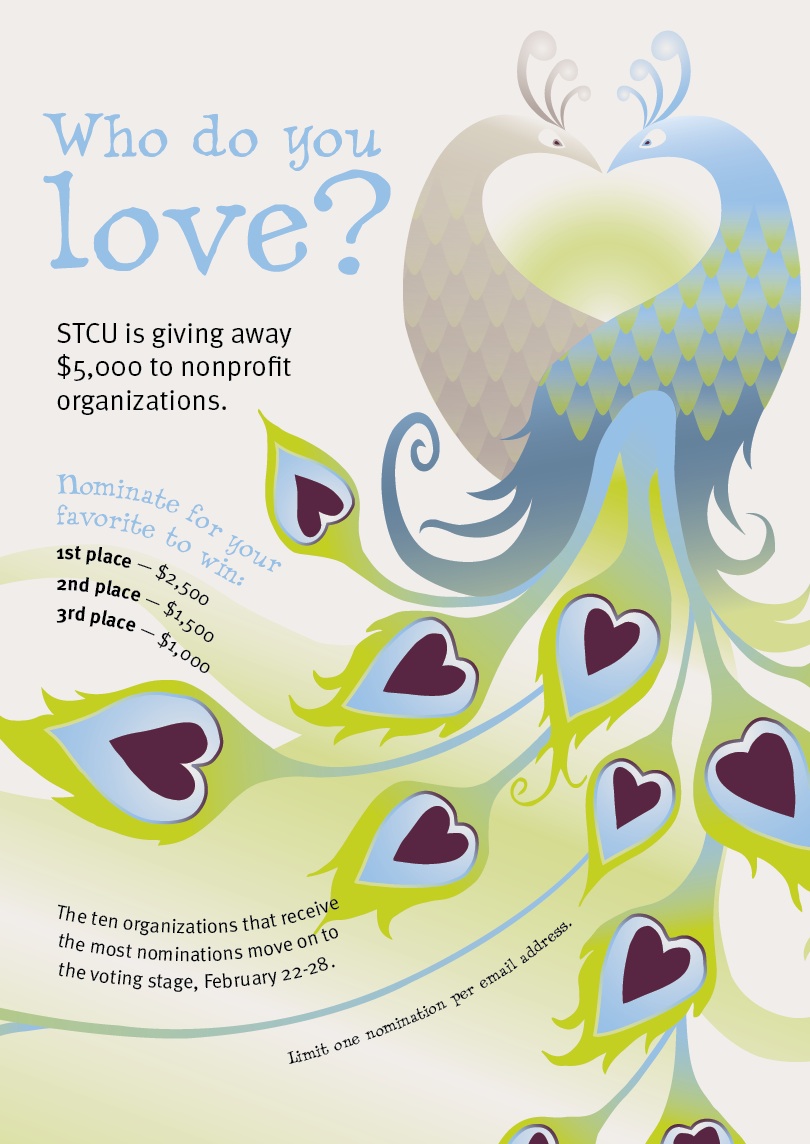 You’ve got one day left to nominate your favorite local nonprofit as part of STCU’s Who Do You Love? contest. To do so, just fill out the simple form on this page or visit STCU’s Facebook page by tomorrow (February 20).

For those who are unfamiliar with the Who Do You Love? contest, STCU annually donates a total of $5,000 to be divided among the top three vote-getting nonprofits in our community. First, nonprofit organizations have to be nominated. The ten eligible organizations that receive the most nominations will then move to the voting round, which runs February 22 to 28 in 2014.

The winners will be announced by KREM-TV as soon as Monday, March 3. The victors will divvy the spoils as follows:

We received word of this great opportunity from Spokane C.O.P.S., which would make an ideal candidate for nomination. Some other nonprofits deserving of nomination for their involvement with the neighborhood would include Project Hope, Catholic Charities, the West Central Community Center, the Women and Children’s Free Restaurant and the Emerson Community Garden.