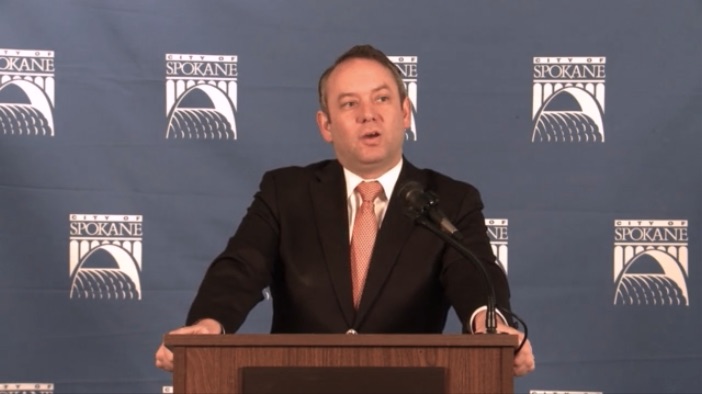 [NOTE: Within minutes making of this post, we received a call from Jonathan Mallahan of the City of Spokane. He stressed that the Office of Neighborhood Services is not going away and that the initial blog post announcing the City Hall reorganization (linked below) could perhaps have been clearer about this. We’ve invited him to speak at the next EGNC meeting to clarify any uncertainties and added a question mark to our title above. Please read the following with this in mind.]

Mayor Condon announced yesterday that the City of Spokane would soon be undergoing another organizational restructuring.

A consolidated Neighborhood and Business Services division, under the leadership of Jonathan Mallahan, will integrate planning, developer services and parking into what was previously Neighborhood Services to better align our customer service efforts.

This means the Office of Neighborhood Services as we know it is going away. Technically, this is a violation of the City Charter (Article VIII), which calls for a very specific ONS department:

Is it merely a name change or does it have more far-reaching implications?

But if the change results in a diminished focus on neighborhoods and the increased transfer of their power to City Hall, it would threaten to take even more self-governance away from Spokane citizens and put it in the hands of a small number of bureaucrats. That’s a change that only the bureaucrats themselves would welcome.

We’ll be following this development and discussing it at the next Emerson-Garfield Neighborhood Council meeting on Wednesday, February 10 at 6pm in the Corbin Senior Activity Center (827 W Cleveland).