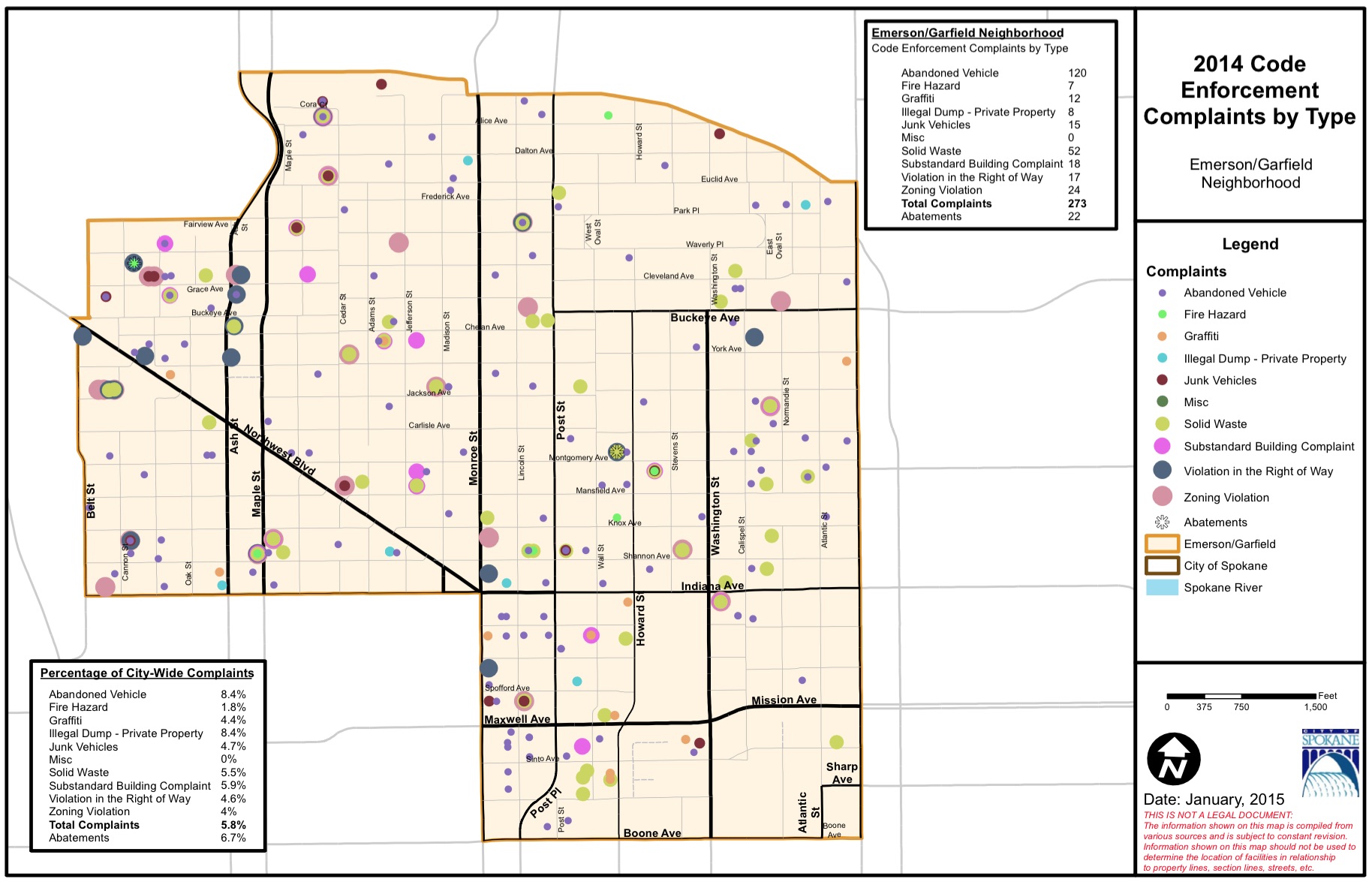 Fresh in: The 2014 Code Enforcement Summary with some new data for the statistically minded folks in our neighborhood.

Code enforcement is the process that deals with things like abandoned cars, people living in RVs, derelict houses, and structures such as outbuildings and fences.

The report cites abandoned vehicle complaints (120 of them) as the primary issue — or rather, the most visible issue, since there are many code violations that go unspotted or unreported — in 2014. Solid waste (52) and zoning-related complaints (24) come in a distant second and third, but these are still substantial compared to other Spokane neighborhoods.

Abandoned vehicle complaints rose 2000% between 2013 and 2014. Yes, you read that correctly: 2000%. There were only 6 reported in 2013. However, this massive increase comes down to the fact that abandoned vehicles — along with right-of-way violations and graffiti — are relatively new code enforcement categories that were introduced late in 2013.

Speaking of graffiti, there were only 12 code enforcement complaints in that category in 2014. Either there’s not as much graffiti as folks tend to think, or they’re not reporting it.

The summary also has the following to say:

Illegal dump complaints on the right-of-way rose significantly to 21, which may indicate a problem for this neighborhood in education on proper disposal of refuse.

And that, particularly the illegal dumping, leaves the neighborhood council with a few discussion topics.

Feel free to download the full report (PDF) from which this info is taken. The maps above are included.